Professor Wacław Szybalski’s most significant scientific achievements are listed below in twenty-three points. He has authored over five hundred publications in the fields of chemistry, microbiology, molecular and synthetic biology, genetics, mutagenesis, and genetic engineering. Many of Professor Szybalski’s discoveries resulted from him first developing a series of original research techniques that then gave rise to new fields of science and novel concepts such as synthetic biology, gene therapy, and multiple drug therapy. The Web of Science, the most important database of scientific publications, lists 265 publications by Professor Szybalski that have been cited by other scientists over 12,000 times; his Hirsh index is 56, showing the strong impact of his work on science. 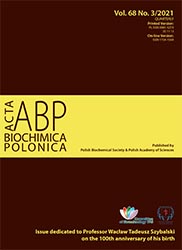