Germacrone a sesquiterpene is a potential pharmacological agent with important medicinal applications. It is a potential anticancer agent and has been reported for anticancer activity against hepatoma cells and breast cancer cells, additionally, it has also shown anti-inflammatory, antioxidant, and antifungal activity. Therefore, this study was designed to testify anticancer activity of germacrone terpenoid in human osteosarcoma cells along with studying its effects of autophagy induction, cell cycle disruption, downregulating the cell cycle regulatory protein expressions and cell migration inhibition. Cell proliferation rate was examined by MTT assay and phase contrast inverted microscopy was performed for morphological analysis. Further, flowcytometry was implemented to examine different cell cycle phases. Transwell assay was executed for the monitoring of cell migratory tendency of osteosarcoma cells. Finally, the levels of pro-autophagic and cell cycle allied proteins were checked by Western blot analysis. MTT assay results designated potential inhibition of osteosarcoma cell viability by germacrone drug in a dose and time-reliant manner. Further, phase contrast inverted microscopy depicted significant morphological changes in osteosarcoma cells after germacrone exposure, which were indicative of autophagic cell death. Next, transmission electron microscopy evaluated the formation of autophagic vesicles which are the trademark for autophagy. The autophagy allied protein expressions were observed through Western blotting indicating enhanced levels of pro-autophagic proteins (Becalin-1, LC3-I and –II). Hence, it may be depicted that the anti-proliferation effects of germacrone may be of autophagy inducing potential. Next, flowcytometric analysis revealed the cell cycle inhibitory effects of germacrone in osteosarcoma cells and the results indicated cell cycle arrest at S-phase. Cell cycle allied protein levels indicated declination in their expressions after germacrone exposure. Finally, transwell assay specified inhibitory effects on cell migration of osteosarcoma cells by germacrone in a dose-reliant manner. In conclusion, the results of the present investigation specified that germacrone drug is a potential anticancer agent against osteosarcoma cells. The anticancer effects were found to be mediated via autophagy induction, cell cycle disruption, downregulating the cell cycle regulatory protein expressions, and cell migration inhibition. 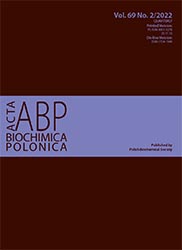