Background: Cataract is a common and frequently occurring disease in the elderly. The Brahma-related gene 1 (Brg1) is believed to be related to the formation of cataract, but its mechanisms still remain unclear. This study aimed to investigate how a Brg1 mutation affects lens development and promotes the formation of cataract in mice. Methods: We used mRNA profiles downloaded from the Gene Expression Omnibus (GEO) database to compare the tissue samples of lenses from 4 dominant-negative Brg1(dnBrg1) transgenic mice and 4 wild-type mice. Then, the NetworkAnalyst online tool was employed to screen for the significantly differentially expressed genes (DEGs). Gene Ontology (GO) annotation, Kyoto Encyclopedia of Genes and Genomes (KEGG) and Reactome pathway analysis were examined in DEGs by using Metascape. In addition, we applied the STRING online tool and Cytoscape software to build the protein-protein interaction (PPI) network. Finally, the CytoNCA plug-in was used to choose the central modules from the PPI network. Results: 323 DEGs were filtered in total, 222 of which were up-regulated genes and enriched in the cell cycle process regulation, mitotic G1-G1/S phase, mRNA splicing, etc., while 101 of which were down-regulated genes and enriched in the organ hydroxy compound transport, synaptic vesicle cycle and neuron migration. Within this network of PPI, we found that the heat shock protein 90 alpha (cytosolic), class B member 1 (HSP90ab1), the polymerase (RNA) II (DNA directed) polypeptide E (Polr2e), the cell division cycle 20 (Cdc20) and the polymerase (RNA) II (DNA directed) polypeptide C (Polr2c) had higher connectivity degrees and may interact and influence each other. Conclusions: The Brg1 mutation affected expression of various genes in mice, such as HSP90ab1, Polr2e, Cdc20, and Polr2c. These genes may have some effects on the occurrence and development of cataract, and may serve as potential therapeutic targets for the cataract treatment. 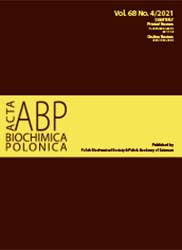