The currently used anticancer drugs against breast cancer possess serious side effects, have limited efficacy, and often lead to recurrence of the malignancy. The main aim of this research was to investigate the anticancer potential of Girinimbine, a naturally occurring carbazole alkaloid, against ER-negative breast cancer cells (MDA-MB-453) along with its effects on cell migration and invasion, apoptosis, and MEK/ERK/STAT3 pathway. MTT assay was used to evaluate antiproliferative effects of Girinimbine while a clonogenic assay was used to study cell colony formation. Transwell migration and invasion assays were involved to study its effects on cell migration and invasion. Fluorescence microscopy using acridine orange/ethidium bromide was used to study apoptotic effects of girinimbine which was quantified by annexin v-FITC assay. Effects of girinimbine on MEK/ERK and STAT3 signalling pathways were evaluated by western blot assay. Results showed that girinimbine exhibited dose-dependent as well as time-dependent antiproliferative effects in MDA-MB-453 cells along with strongly inhibiting the cell colony potency of these cancerous cells. Girinimbine can inhibit both cancer cell migration as well as invasion. Girinimbine has induced potent chromatin condensation and nuclear fragmentation. The percentage of both early and late apoptotic cells increased significantly after girinimbine exposure. The anticancer effects of girinimbine were shown to be mediated via inhibition of the MEK/ERK as well as STAT3 signalling pathways. In conclusion, it may be proposed that girinimbine could be a promising anticancer agent against breast cancer, provided further in-depth studies are carried out. 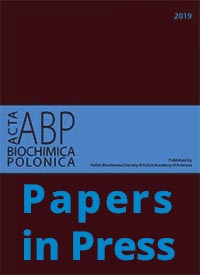