The global prevalence of type-two diabetes mellitus (T2DM) makes it a disease of public health concern. T2DM is strongly linked with insulin resistance caused by increased levels of visceral fat. Visceral fat secretes several adipocytokines that regulate body metabolism. Resistin is one of these adipocytokines which is encoded by the RETN gene. Herein, we tested the association of the RETN +299(G>A) and −420(C>G) single nucleotide polymorphisms (SNPs) with T2DM. T2DM patients (n=282) and healthy subjects (n=125) were included in the study. Subjects with metabolic syndromes other than diabetes were excluded. Genotyping of subjects was performed using PCR-RFLP. The +299(G>A) SNP was associated with T2DM (P=0.038). The AA genotype was higher in T2DM (17%) compared to controls (8%) with an odd ratio of 2.16 and 95% CI of 1.34 to 4.56. With respect to −420(C>G) SNP, no significant association was found with the risk of T2DM (P=0.128). The haplotype analysis of the examined SNPs indicated that the CA haplotype of the −420 and +299 SNPs in RETN was associated with T2DM risk (P=0.004; odd ration 4.0, 95% CI: 1.56–10.0). In conclusion, the present findings suggest a role of the RETN locus in modulating the risk of T2DM. 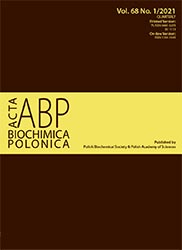