The aim of this study was to investigate whether the effects of miR-490 on acute lung injury (ALI) induced by sepsis in vitro and in vivo were through targeting multi-drug resistance-associated protein 4 (MRP4). MiR-490 agomir/NC agomir was injected into mice before cecal ligation and puncture (CLP). Pulmonary microvascular endothelial cells (PMVECs) were transfected with or without miR-490 agomir/NC agomir/MRP4/empty vector before lipopolysaccharide (LPS) stimulation. Histopathology, injure score, and Wet/Dry (W/D) of lung tissues were assessed. The number of neutrophils, macrophages and total cells, total protein concentration, TNF-α and IL-1β level in bronchoalveolar lavage fluid (BALF) were measured. The levels of caspase-3, Bcl-2, TNF-α, and IL-1β were measured in MPVECs. Dual-luciferase reporter assay was used to analyze the relationship between MRP4 and miR-490. When compared to the sham group, in CLP mice, the alveolar lung tissue showed significantly hyperemic, alveolar collapse, the W/D ratio was increased, and the injury index was increased. The number of neutrophils, macrophages and total cells, total protein concentration, TNF-α and IL-1β levels were significantly increased in BALF from CLP mice. The levels of TNF-α and IL-1β were significantly increased in lung tissue from CLP mice. Overexpression of miR-490 alleviated lung injury caused by CLP and inhibited inflammation in mice. The levels of TNF-α, IL-1β and caspase-3 were significantly increased, but the level of Bcl-2 was significantly decreased in MPVECs treated with LPS compared to the control group. Overexpression of miR-490 also reversed the increase of TNF-α, IL-1β, cleaved caspase-3 and Bcl-2 caused by LPS in MPVECs. Dual-luciferase reporter assay confirmed that the target gene of miR-490 was MRP4. Besides, overexpression of MRP4 upregulated TNF-α, IL-1β, and cleaved caspase-3, but downregulated the increase of Bcl-2 induced by miR-490 agomir transfection. These data suggested that miR-490 could relieve sepsis-induced acute lung injury in neonatal mice via targeting MRP4. 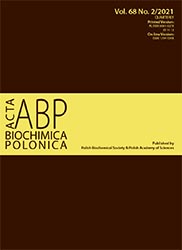