Ultrasound-assisted transdermal delivery of alendronate for the treatment of osteoporosis

The aim of the current research work was to develop sonophoresis-assisted transdermal patches for the treatment of osteoporosis. In the present investigation, we formulated alendronate-chitosan nanoparticles by ionotropic external gelation method. The prepared nanoparticles were found to be smooth and free-flowing. The optimized formulation showed 82.7% of drug release over a period of 12 hours with 99.54% EE, the particle size of 250 nm, PDI 0.22 and zeta potential of 28 mV. The solvent casting evaporation method was used for the development of the patches using HPMC as rate-controlling polymer and dibutyl phthalate as the plasticizer. The optimized patch formulation was found acceptable in terms of physical characteristics (appearance, thickness, folding endurance, weight variation, moisture loss and uptake). The drug content was found to be 99.66±0.9 % with 69.44% of drug permeation through the rat skin. The TP3 formulation had drug content of 99.96% which was the highest among all of the formulations and showed relatively controlled skin permeation of 69.44% over the period of 12 hours. Nearly six-time enhancement of bioavailability was observed when alendronate was used in the nanoparticulate form in transdermal patches used with sonophoresis. Over the period of seven days, the plasma calcium concentration in the rat model was decreased from 16 mg/dl to 4 mg/dl (4 times) in rat groups treated with the transdermal patches containing CS-ALN-NP while the concentration dropped only to 12 mg/dl in case of the transdermal patches containing pure Alendronate. These findings (enhanced skin permeation, enhanced bioavailability and suppression of the plasma calcium level) regarding the transdermal delivery system suggest a promising approach for the treatment of osteoporosis. 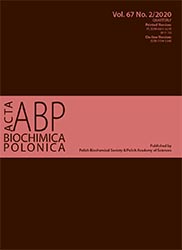