Effects of protoporphyrins on production of nitric oxide and expression of vascular endothelial growth factor in vascular smooth muscle cells and macrophages.

Heme oxygenase-1 (HO-1), an inducible enzyme degrading heme to biliverdin, iron and carbon monoxide, is involved in regulation of inflammation and angiogenesis. Tin protoporphyrin (SnPPIX) and zinc protoporphyrin (ZnPPIX) are commonly used as competitive inhibitors of HO-1. We aimed to compare the effects of SnPPIX and ZnPPIX on the production of vascular endothelial growth factor (VEGF), activity of inducible nitric oxide synthase (iNOS) and cell viability. All experiments were performed on rat vascular smooth muscle cells and murine RAW264.7 macrophages treated with 3-10 microM protoporphyrins. Some cells were additionally stimulated with IL-1beta or with lipopolysaccharide. After a 24 h incubation period SnPPIX and ZnPPIX significantly reduced the generation of VEGF in vascular smooth muscle cells and RAW264.7, both in resting and stimulated cells. The inhibitory potentials of both protoporphyrins on VEGF synthesis were very similar. In contrast, analysis of iNOS activity revealed that results obtained with different HO-1 inhibitors are discrepant. Generation of nitric oxide by iNOS was significantly increased by SnPPIX but strongly decreased by ZnPPIX. Similar differences were observed when cell viability was compared. SnPPIX improved the cell survival rate, whereas the same doses of ZnPPIX exerted some cytotoxic effects. In summary, SnPPIX and ZnPPIX can be used as HO-1 inhibitors in some experimental models. However, these compounds produce also HO-independent effects, which can make the interpretation of experiments very uncertain. Thus the involvement of the HO-1 pathway should be always confirmed by more specific methods. 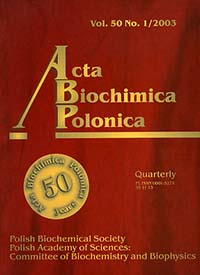