The effects of thiamine (vitamin B1) on the level of spontaneous or radiation-induced genetic changes in human lymphocytes in vitro were studied. Cultured lymphocytes were exposed to increasing concentrations of thiamine (0-500 microg/ml) and irradiated with X-rays. The DNA damage was estimated as the frequency of micronuclei and apoptotic or necrotic morphological changes in fixed cells. The results show that thiamine alone did not induce genetic changes. A significant decrease in the fraction of apoptotic and necrotic cells was observed in lymphocytes irradiated in the presence of vitamin B1 at concentrations between 1-100 microg/ml compared to those irradiated in the absence of thiamine. Vitamin B1 at 1 and 10 microg/ml decreased also the extent of radiation-induced formation of micronuclei. Vitamin B1 had no effect on radiation-induced cytotoxicity as measured by nuclear division index. The results indicate that vitamin B1 protects human cells from radiation-induced genetic changes. 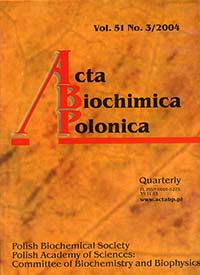