A membrane-bound phospholipid : steryl glucoside acyltransferase from Solanum melongena leaves was partially purified and its specificity and molecular as well as kinetic properties were defined. Among the steryl glycosides tested (e.g. typical plant steryl glucosides, steryl galactosides and cholesteryl xyloside) the highest activity was found with cholesteryl glucoside, but some structurally related compounds such as sito- and stigmasteryl glucoside or galactoside as well as cholesteryl galactoside were also acylated, albeit at lower rates. The investigated enzyme was able to use all classes of phosphoglycerolipids (phosphatidylethanolamine, phosphatidylcholine, phosphatidylserine, phosphatidylinositol, phosphatidylglycerol) as an acyl source for biosynthesis of acylated steryl glucoside. Among them 1,2-dimirystoylphosphatidylic acid appeared to be the best acyl donor. Apart from phosphoglycerolipids, 1,2-diacylglycerols were also used as acyl donor for steryl glucoside acylation, although at a distinctly lower rate. The acyl moiety was transferred from the C-1 position of phospholipid molecule. The investigated acyltransferase activity was stimulated by 2-mercaptoethanol, Triton X-100, 1-monoacylglycerols and inhibited in the presence of divalent cations such as Ca(2+), Mn(2+), Zn(2+) or Co(2+), some lipids (MDGD, ceramide), detergents (Tween 20, 40, 60 and 80, Tyloxapol, sodium deoxycholate) and high ionic strength. 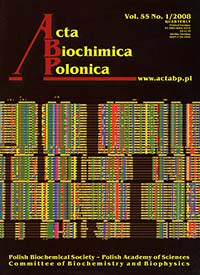