The effects of clofarabine in ALL inhibition through DNA methylation regulation

Clofarabine (2-chloro-2’-fluoro-2’-deoxyarabinosyladenine, ClF), a second-generation 2’-deoxyadenosine analog, possesses manifold anti-cancer activities. Our previous reports and some of others demonstrate the potential capacity of ClF to regulate the epigenetic machinery. The study presented here is the first to investigate the influence of ClF on modulators of the DNA methylation machinery, including DNMT1 and CDKN1A, in acute lymphoblastic leukemia (ALL) cells. ClF effects on promoter methylation and transcriptional activity of hypermethylated and silenced tumor suppressor genes (TSGs), including APC, CDKN2A, PTEN, and RARB, have been tested as well. Methylation level of the proximal promoter region of APC, CDKN2A, PTEN, and RARB, as well as expression of those TSGs, DNMT1 and CDKN1A, were estimated by using a methylation-sensitive restriction analysis and qPCR, respectively. The Nalm-6 cell line was used as an experimental in vitro model of ALL cells. We observed ClF-mediated inhibition of cellular viability and apoptosis induction of Nalm-6 cells with an increased percentage of cells positive for active Caspase-3. Interestingly, exposure of Nalm-6 cells to CIF at 20 nM concentration for three days has led to a significant DNMT1 downregulation, accompanied by robust CDKN1A upregulation. ClF caused hypomethylation of APC, CDKN2A, and PTEN, with a concomitant increase in their transcript levels. Taken together, our results demonstrate the ability of ClF to reactivate DNA methylation-silenced TSGs in ALL cells. This may implicate translational significance of our findings and support ClF application as a new epigenetic modulator in the anti-leukemia therapy. 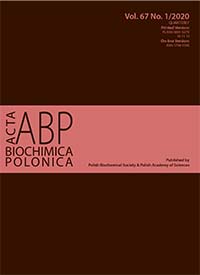