Crosstalk between TGF-β and WNT signalling pathways during cardiac fibrogenesis

Cardiac fibrosis is referred to as an excessive accumulation of stromal cells and extracellular matrix proteins in the myocardium. Progressive fibrosis causes stiffening of the cardiac tissue and affects conduction of electrical impulses, leading to heart failures in a broad range of cardiac conditions. At the cellular level, activation of the cardiac stromal cells and myofibroblast formation are considered as hallmarks of fibrogenesis. At the molecular level, transforming growth factor β (TGF-β) is traditionally considered as a master regulator of the profibrotic processes. More recently, the WNT signalling pathway has also been found to be implicated in the development of myocardial fibrosis. In this review, we summarize current knowledge on the involvement of TGF-β and WNT downstream molecular pathways to cardiac fibrogenesis and describe a crosstalk between these two profibrotic pathways. TGF-β and WNT ligands bind to different receptors and trigger various outputs. However, a growing body of evidence points to cross-regulation between these two pathways. It has been recognized that in cardiac pathologies TGF-β activates WNT/β-catenin signalling, which in turn stabilizes the TGF-β/Smad response. Furthermore both, the non-canonical TGF-β and non-canonical WNT signalling pathways, activate the same mitogen-activated protein kinases (MAPKs): the extracellular signal-regulated kinase (Erk), the c-Jun N-terminal kinases (JNKs) and p38. The cross-talk between TGF-β and WNT pathways seems to play an essential role in switching on the genetic machinery initiating profibrotic changes in the heart. Better understanding of these mechanisms will open new opportunities for development of targeted therapeutic approaches against cardiac fibrosis in the future. 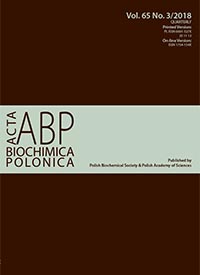