To elucidate the molecular mechanisms of the protective action of stigmatellin (an inhibitor of complex III of mitochondrial electron transport chain, mtETC) against the heavy metal-induced cytotoxicity, we tested its effectiveness against mitochondrial membrane permeabilization produced by heavy metal ions Cd²(+), Hg²(+), Cu²(+) and Zn²(+), as well as by Ca²(+) (in the presence of P(i)) or Se (in form of Na₂SeO₃) using isolated rat liver mitochondria. It was shown that stigmatellin modulated mitochondrial swelling produced by these metals/metalloids in the isotonic sucrose medium in the presence of ascorbate plus tetramethyl-p-phenylenediamine (complex IV substrates added for energization of the mitochondria). It was found that stigmatellin and other mtETC inhibitors enhanced the mitochondrial swelling induced by selenite. However, in the same medium, all the mtETC inhibitors tested as well as cyclosporin A and bongkrekic acid did not significantly affect Cu²(+)-induced swelling. In contrast, the high-amplitude swelling produced by Cd²(+), Hg²(+), Zn²(+), or Ca²(+) plus P(i) was significantly depressed by these inhibitors. Significant differences in the action of these metals/metalloids on the redox status of pyridine nucleotides, transmembrane potential and mitochondrial respiration were also observed. In the light of these results as well as the data from the recent literature, our hypothesis on a possible involvement of the respiratory supercomplex, formed by complex I (P-site) and complex III (S-site) in the mitochondrial permeabilization mediated by the mitochondrial transition pore, is updated. 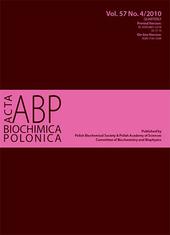