Salivary aldehyde dehydrogenase - temporal and population variability, correlations with drinking and smoking habits and activity towards aldehydes contained in food.

Fluorimetric method based on oxidation of the fluorogenic 6-methoxy-2-naphthaldehyde was applied to evaluate temporal and population variability of the specific activity of salivary aldehyde dehydrogenase (ALDH) and the degree of its inactivation in healthy human population. Analyzed was also its dependence on drinking and smoking habits, coffee consumption, and its sensitivity to N-acetylcysteine. Both the specific activity of salivary ALDH and the degree of its inactivation were highly variable during the day, with the highest activities recorded in the morning hours. The activities were also highly variable both intra- and interpersonally, and negatively correlated with age, and this correlation was stronger for the subgroup of volunteers declaring abstinence from alcohol and tobacco. Moderately positive correlations of salivary ALDH specific activity with alcohol consumption and tobacco smoking were also recorded (r(s) ~0.27; p=0.004 and r(s) =0.30; p=0.001, respectively). Moderate coffee consumption correlated positively with the inactivation of salivary ALDH, particularly in the subgroup of non-drinking and non-smoking volunteers. It was found that mechanical stimulation of the saliva flow increases the specific activity of salivary ALDH. The specific activity of the salivary ALDH was strongly and positively correlated with that of superoxide dismutase, and somewhat less with salivary peroxidase. The antioxidant-containing drug N-acetylcysteine increased activity of salivary ALDH presumably by preventing its inactivation in the oral cavity. Some food-related aldehydes, mainly cinnamic aldehyde and anisaldehyde, were excellent substrates of the salivary ALDH3A1 enzyme, while alkenals, particularly those with short chain, were characterized by lower affinity towards this enzyme but high catalytic constants. The protective role of salivary ALDH against aldehydes in food and those found in the cigarette smoke is discussed, as well as its participation in diminishing the effects of alcohol- and smoking-related oxidative stress. 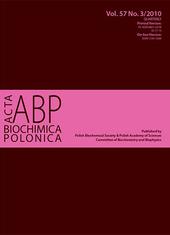