The goal of work was identification A1 variant of bovine beta casein which involves ischemic heart disease and diabetes mellitus in human. The digestion of A1beta casein can result in the production of bioactive beta casomorphin-7 (BCM-7); this is not the case with A2. This bioactive peptide has been linked to physiological traits that may elicit effects on components of the vascular and immune systems. The material involved 111 Slovak Spotted breed. Bovine genomic DNA was extracted from whole blood by using commercial kit, and used in order to estimate beta-casein genotypes by means of PCR-RFLP method. The PCR products were digested with DdeI restriction enzyme. In the population included in the study were detected all three genotypes, homozygote genotype A1A1 (14 animals), heterozygote genotype A1A2 (37 animals) and homozygote genotype A2A2 (60 animals). In the total population of cattle homozygotes A2A2-0.5405 were the most frequent, while homozygotes A1A1-0.1261 were the least frequent ones. This suggests a superiority of allele A2 (0.7072) which does not produce BCM-7, and thus is safe for human consumption. The expected homozygosity for gene CSN2 is in the population stated a slight increase in homozygosity (0.5858). This caused a slight decrease in the level of possible variability realization (41.80%), which corresponds to the effective number of alleles (1.7071). 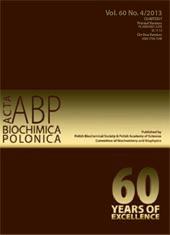