The antigenic character of zinc-binding proteins and their localization in boar reproductive tract--a preliminary study.

In this study immunoelectrophoretic and double immunodiffusion analyses were used to investigate the antigenic character of zinc-binding proteins (ZnBPs), whereas the indirect immunofluorescence technique was used to identify their origin in boar reproductive tract. The mmunoelectrophoretic analysis of ZnBPs of the seminal plasma resulted in the appearance of three antigenic protein complexes, while specific immunoreactivity patterns of the anti-ZnBP serum were detected by double immunodiffusion analysis. Indirect immunofluorescence technique confirmed that ZnBPs were secreted by different reproductive tract tissues, suggesting their contributions to the seminal plasma. 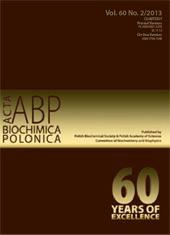