Changes in kinesin expression in the CNS of mice with dynein heavy chain 1 mutation.

Dysfunction of fast axonal transport, vital for motor neurons, may lead to neurodegeneration. Anterograde transport is mediated by N-kinesins (KIFs), while retrograde transport by dynein 1 and, to a minor extent, by C-kinesins. In our earlier studies we observed changes in expression of N- and C-kinesins (KIF5A, 5C, C2) in G93ASOD1-linked mouse model of motor neuron degeneration. In the present work we analyze the profile of expression of the same kinesins in mice with a dynein 1 heavy chain mutation (Dync1h1, called Cra1), presenting similar clinical symptoms, and in Cra1/SOD1 mice with milder disease progression than SOD1 transgenics. We found significantly higher levels of mRNA for KIF5A and KIF5C but not the KIFC2 in the frontal cortex of symptomatic Cra1/+ mice (aged 365 days) compared to the wild-type controls. No changes in kinesin expression were found in the spinal cord of any age group and only mild changes in the hippocampus. The expression of kinesins in the cerebellum of the presymptomatic and symptomatic mice (aged 140 and 365 days, respectively) was much lower than in age-matched controls. In Cra1/SOD1 mice the changes in KIFs expression were similar or more severe than in the Cra1/+ groups, and they also appeared in the spinal cord. Thus, in mice with the Dync1h1 mutation, which impairs dynein 1-dependent retrograde transport, expression of kinesin mRNA is affected in various structures of the CNS and the changes are similar or milder than in mice with double Dync1h1/hSOD1G93A mutations. 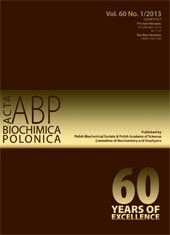