The in vitro modulatory effect of TNFα on the mRNA expression and protein levels of zinc finger protein ZNF334 in CD4(+) lymphocytes of healthy people.

We have shown before that the expression of ZNF334 gene, coding for a newly described zinc finger protein of as yet unknown function, is extremely reduced in CD4(+) lymphocytes of rheumatoid arthritis (RA) patients regardless of their age, and thus can be considered a new molecular marker of the disease. Based on the promoter sequence of the gene we speculated that it might be regulated by TNFα. Here we have tested that hypothesis, studying the in vitro influence of TNFα on the ZNF334 gene expression and protein levels in resting and stimulated CD4(+) cells of healthy volunteers. We have confirmed that treatment with TNFα modifies the levels of ZNF334 expression in the CD4(+) cells ex vivo; however, the effect varied for different individuals and reduction of expression was seen only for those cell samples that initially exhibited high transcriptional activity of the gene, while for those exhibiting initially very low expression, some increase in the transcriptional activity was observed. Incubation with TNFα significantly reduced the amounts of two isoforms of ZNF334 protein (initially high in all subjects) in parallel to the reduced transcription. Finally, the expression of ZNF334 in CD4(+) lymphocytes isolated after various periods of anti-CD3 stimulation generally increased with longer culture times, and the effect of TNFα treatment was negligible. Concluding, our results obtained in vitro for helper lymphocytes of healthy individuals seem to mimic the regulatory effect of TNFα on the expression of ZNF334 in the cells of RA patients. 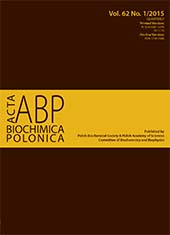