Identification of selected microorganisms from activated sludge capable of benzothiazole and benzotriazole transformation.

Benzothiazole (BT) and benzotriazole (BTA) are present in the environment - especially in urban and industrial areas, usually as anthropogenic micropollutants. BT and BTA have been found in the municipal and industrial wastewater, rivers, soil, groundwater, sediments and sludge. The origins of those substances' presence in the environment are various industry branches (food, chemical, metallurgical, electrical), households and surface runoff from industrial areas. Increasingly strict regulations on water quality and the fact that the discussed compounds are poorly biodegradable, make them a serious problem in the environment. Considering this, it is important to look for environmentally friendly and socially acceptable ways to remove BT and BTA. The aim of this study was to identify microorganisms capable of BT and BTA transformation or/and degradation in aquatic environment. Selected microorganisms were isolated from activated sludge. The identification of microorganisms capable of BT and BTA removal was possible using molecular biology techniques (PCR, DNA sequencing). Among isolated microorganisms of activated sludge are bacteria potentially capable of BT and BTA biotransformation and/or removal. The most common bacteria capable of BT and BTA transformation were Rhodococcus sp., Enterobacter sp., Arthrobacter sp. They can grow in a medium with BT and BTA as the only carbon source. Microorganisms previously adapted to the presence of the studied substances at a concentration of 10 mg/l, showed a greater rate of growth of colonies on media than microorganisms unconditioned to the presence of such compounds. Results of the biodegradation test suggest that BT was degraded to a greater extent than BTA, 98-100% and 11-19%, respectively. 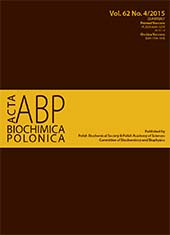