Towards understanding the role of sialylation in melanoma progression

Aberrant expression of sialic acids or altered linkage types is closely associated with malignant phenotype and metastatic potential, and can have prognostic significance in human cancer. The present study was undertaken to evaluate whether expression of sialylated derivatives on melanoma cell surface is associated with tumour progression. Four cell lines (WM1552C, WM115, IGR-39 and WM266-4) were used in the study. Cell surface expression of sialic acids was evaluated by flow cytometry with the use of Maackia amurensis and Sambucus nigra lectins. Moreover, adhesion and migration potential of melanoma cells and involvement of sialic acids in these processes were analysed. We have demonstrated that WM266-4 cells have a significantly higher level of α2,3-linked sialic acid residues than other cells, whereas IGR-39 cells had lower expression of α2,6-linked sialic acids. The adhesion efficiencies of WM1552C and WM115 cells were significantly lower than that of IGR-39 and WM266-4 cells. In contrast, WM266-4 cells repaired scratch wounds at least twice as fast as other cells. Melanoma cell adhesion to fibronectin in the presence of Sambucus nigra agglutinin (SNA) was reduced only in IGR-39 and WM266-4 cells, whereas the impact of Maackia amurensis agglutinin (MAA) on this process was much more important. Migration efficiency of melanoma cells was reduced more strongly in the presence of MAA than SNA. In conclusion, our results show that melanoma progression is associated with the increased expression of α2,3-linked sialic acids on the cell surface and these residues could promote melanoma cell interaction with fibronectin. 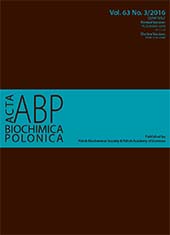